Trekking the 3000m peaks of the Spain’s Sierra Nevada

The following trip report was sent in by Volker Krenz after a 4 day trek in the Sierra Nevada covering "Los Tres Miles". This is a wonderful high altitude trek covering the major 3000m peaks in the range. We supported him in his self guided trek by dropping him off at high trailheads above Lanjaron. 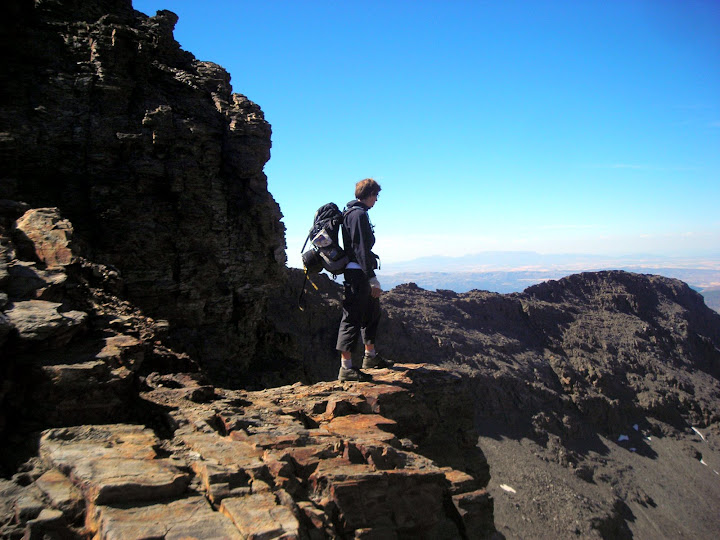 Have a look at his excellent photos too at https://picasaweb.google.nl/volkerkrans/Andalusie2009. They are not only of the Sierra Nevada mountains but include all of his andalucian adventures. Great images!

We had a wonderful time in the Sierra Nevada! It really is a beautiful piece of rock. Almost immediately after you dropped us off we encountered mountain goats. The whole route was full of them!

We took the first day very easy, heading just for the caballo lake. I made it harder for myself by dropping my rucksack from a cliff, and had to retrieve it from a couple of hundreds meters down. A minor sitback with no further consequences. 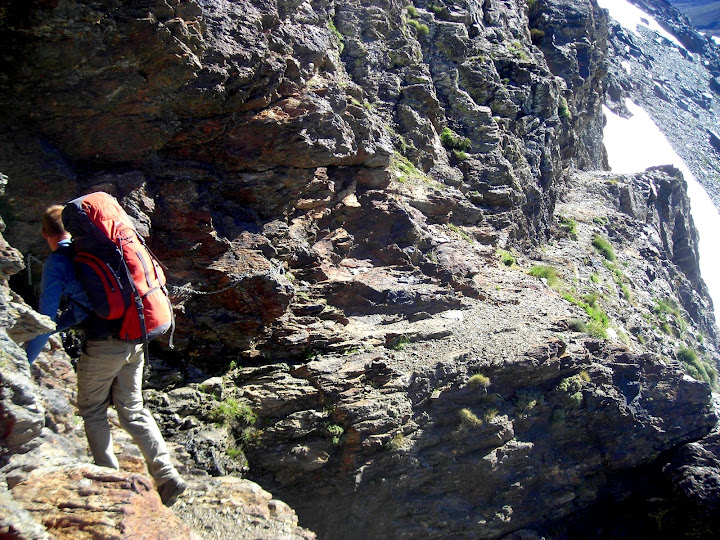 The second day started of with a cup of coffee being surrounded by a group of goats again. We decided to walk below the ridge, along the eastern flanks. After some klettersteig we encountered a large stretch of icy snow. Too steep to traverse this part, we went back a bit to climb up to the ridge again. From there the route to Elorietta was very nice and some skill was needed. We didn't traverse the Tajos de la Virgen (which I regret now) but took the less daring route where we cooked us a meal. From the Veleta to the Poquiera hut was quite an easy but beautiful strolll. Especially descending the valley towards Poquiera was nice with life becoming more and more pronounced. 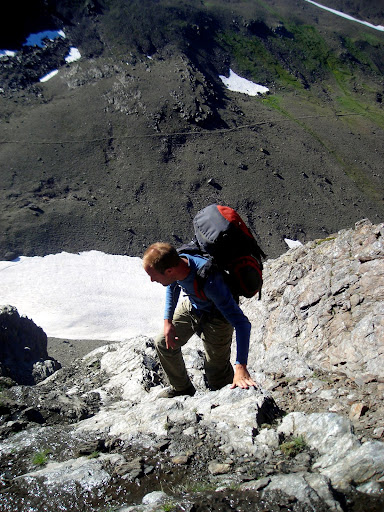 The third day started of with breakfast at Poquiera after sleeping at a camping-site nearby. We said goodbye to some newly made friends and headed straight for the Mulhacen. After some non-stop ascending we got to the summit. Perfect. Far better than I expected and a very silent experience. Just when we took of again some other people arrived to make us a picture.

After a nice lunch at Siete Lagunas (perfect spot!) we headed for the slopes of the Alcazaba. The lower route ended just north of the Alcazaba. Very dramatic summit to see from there. The whole ridge towards Vacares Lake was interesting with the evening sun shining through the daring peaks.

Although I slept like a baby, my partner in crime Jan had a midnight battle over his rucksack with a fox. Jan won, but his tent was torn a bit. 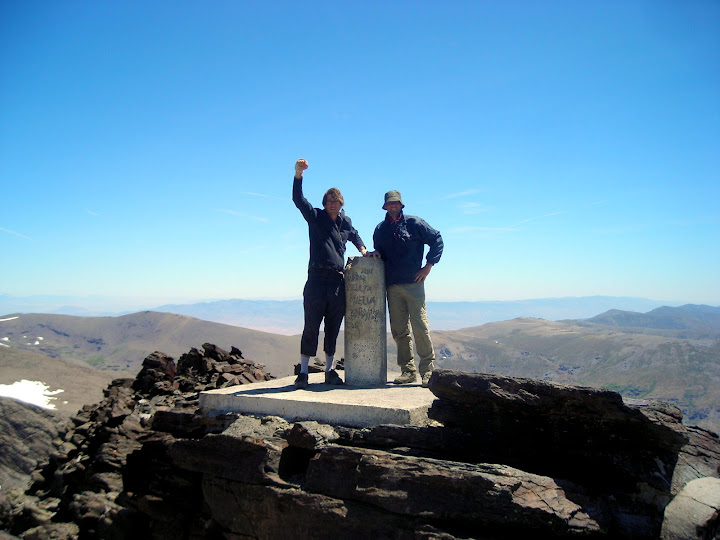 The last day was a long stretch all the way down to Jerez del Marquesado. It started off with some interesting rocks to climb. From the Picon de Jerez towards the town itself was foremost a long walk, but we still encountered some nice wildlife and the wide views were amazing still. After a very hot walk through the forest we arrived completely satisfied at the only hotel in Jerez. We didn't go to Granada the same evening but decided to stay and relax. A very nice and kind hotel I must say.

We had a great time. Thanks for the ride up. 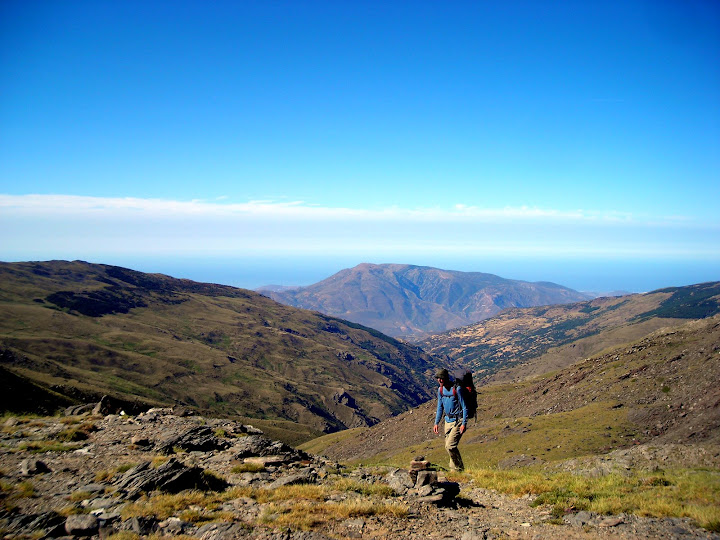